Read this before you go to the Czech Republic 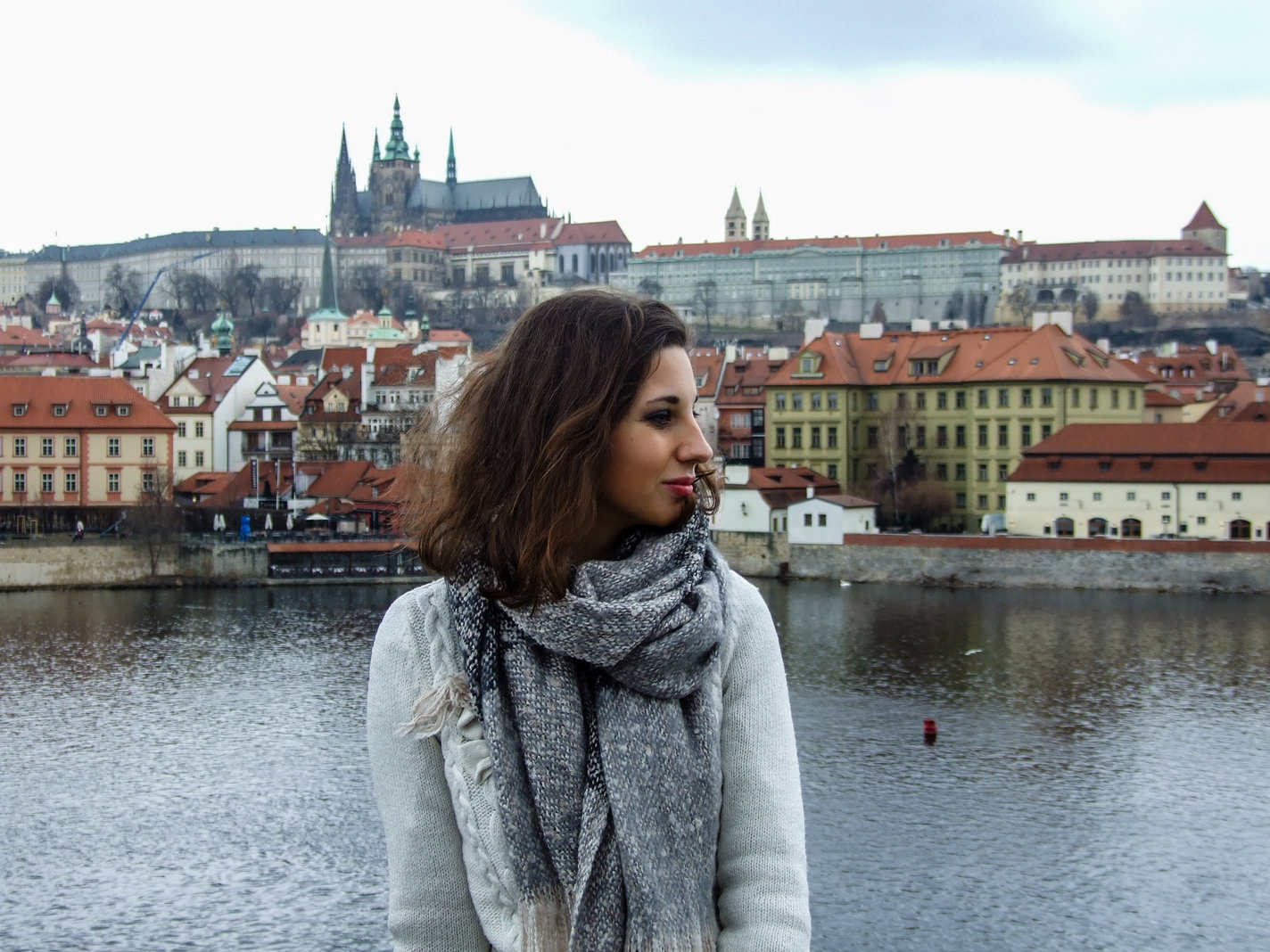 1. Is it Czechia or the Czech Republic?

First of all, did you hear people calling this country with both Czechia and the Czech Republic? Are you wondering why are there two names for this country? Those guys changed the name 2 years ago and officially, their name is Czechia. I know, the question is – why would anyone all of the sudden change the name of the country?! Well, they claim that a name Czech Republic was quite long and complicated.

Sadly, their habitats are not that happy with it so whenever I mention a new name, I get a quite strange look. Czechs usually say they appreciate a shorter name, but that Czechia sounds… ugly. And, weird. And the other countries confuse it with Chechnya. Therefore, even if the name I’m using in this article isn’t correct, I decided to keep going with it as the country is definitely more known with this name.

Czechs are pretty tough with accepting your assumption of their position in Europe. Honestly, they are usually unfairly called Eastern Europe which drives them crazy. Even if they belong to Slavic part of the Europe, and Slavics are usually in Eastern Europe, Czechs are not.

Am I sure? Yes! They like their central position and they are quite proud of it. The Czech Republic is literally, in the middle of Europe. Logically and geographically. Don’t try to argue about that with them. Speaking of argument, also, don’t discuss communism with Czechs. They are fed up with people who connect the Czech Republic only with this historical period. Don’t poke the bear.

3. Czechs are honored to be Czechs

Czechs are quite proud of their nationality and the country they’ve created. Well, you would say, that’s normal and who is not proud of its nationality? You can hear many concerns from locals about their government, system or politics in general. But they will never say anything unpleasant about the country itself, their history, places, and nature. They usually have this rule – I, Czech can speak bad about it, but, a foreigner, can’t!

How do they appreciate all the beauty they have? For example, Czechs usually spend their weekends and holidays in general in nature, hiking, riding bicycles or doing sports. As they say, quite often, it’s nice to travel all over Europe, but after they experience their own country.

4. Nicknames are new names in the Czech Republic

Nicknames usually have it’s purpose, they exist to shorten a complicated name, right? They are informal, often used for kids or when you are close to someone. Well, it’s not always like that in the Czech Republic. Nicknames here are, sometimes, everything you have. What do I mean?

Let me explain it to you. You meet a girl, her actual name is, let’s say, Tereza (a pretty common one). She is usually called Terka, Terezka, Tery. Basically, anything but her real name. That person also introduces herself in this way and she uses this version instead of her formal one. Veronika is Vero, Verča or Veri, Zuzana is Zuzi or Zuzka, and Eva is Evička, Evi or Evik, etc. You get the point.

There is a question now, why there is a nickname for, let’s say, Eva if name Eva is short enough? No one knows. And watch out: They use their informal name for many kinds of formal things. They use it in things related to work as well. In the emails, forms, meetings, some documents, presentations, social media etc.

Everyone can use the version of the name they prefer, of course. Unfortunately, that’s not the case with you, poor foreigner as well. Czechs just assume your nickname out of your real name. They start calling you like that, without asking for a permission. To be honest, in my point of you, that can be really tough. Sometimes they can give you a nickname which you don’t recognize it’s yours as no one ever called you like that. Or you just don’t even like how that sounds and you are already comfortable with your real name. At this stage it’s quite difficult to explain them that’s not your name and you prefer to be called by your real name. You’ll usually end up accepting the fact you have a new version of your name.

If you really wanna fight for yourself, here is a tip. Once you introduce yourself, add a sentence how you’d like to be called. Try it. And don’t say I didn’t warn you. 🙂

5. Rivality between Brno and Prague

Moving to Brno? Be prepared: There is a strong competition between Brno and Prague. Brno is usually a subject of jokes in pubs and Brno people hates that. Capital citizens quite often think they are more important, and it’s the same situation here. As it was explained to me, Prague considers Brno as a village and less important. Nevertheless, they also make fun of the way how people in Brno speak. Sometimes they think Brno people are non-educated or not well behaved.

Prague is a fairytale…if you exclude all the crowd. And if you go there anytime but during the Christmas or New Year. Just skip all the mess on the street, and remember, it’s not fireworks, it’s a war zone out there during New Years Eve. 😀 It’s always crowded but during this holiday season is horrible. 😐 #prague #tips #newyearpic #czechia #praha

6. Foreigners exist and are welcome in the Czech Republic!

People usually think the Czech Republic is still in eastern block, non-developed, not open for diversities and changes. Well, that was kind of confirmed in the last elections when the president who wants to stop immigration of foreigners won. However, in reality, that’s not the case. Younger, educated and English-speaking Czechs you’ll meet will probably say they strongly disagree with this political choice.

They will probably be a bit ashamed of this situation, they’ll show you they respect you and want you in their country. Speaking of which, there are nearly 470 thousand foreigners living and working in this country. Who exactly? Mostly Slovaks, Germans, Polish, Russians, Ukrainians and what surprises everyone – Vietnamese. You’ll often meet Vietnamese who speak native Czech as many of them were born and grew up there.

Anyway, people are full of stereotypes about this country. Some time ago I met a Laos girl who is living in Germany. She was all the time expressing how sorry she is for the people’s life in the Czech Republic. She had completely wrong information about the life here and I tried to explain to her that several times but I’m not sure if I succeed it.

Be aware – The Czech Republic is very good for the life. Did you know that cities like Prague and Brno are sometimes really desperate in search to hire foreigners? Why? Mostly because there is a lack of Czech people speaking English or other European languages. If you have any chance to move here, give it a shot. Still didn’t meet anyone who sad that regretted it.

7. Prague is not the only Czech treasure

If you are traveling to this country, you should definitely visit Prague. Prague was my favorite for years as a historical and cultural heritage. But, believe me, if you’re going to the Czech Republic, Prague is NOT everything you should see here. I would say that the Czech Republic is unfairly hidden in Europe and the tourism is not expanded enough. The country is full of castles (around 2 thousands!) in every single corner. You’ll find them even in the smallest cities. Amazing architecture and gorgeous local beer or wine are everywhere. You cannot imagine how beautiful this country actually is.

My definite and favorite is Český Krumlov, located 3 hours by bus from Prague. One day is completely enough just to visit the city and feel it. But, be careful, not even the whole year is enough to admire it! This city stole my heart from the very beginning and I am not sure if anything can compete with this feeling.

To just give you a hint, check how, for example, the area around Krkonoše, České Švýcarsko, Lednice, Znojmo, Mikulov, Telč, Kutna Hora etc look like. Mostly in all those places, you’ll find a local wine, beer or food worth of trying. Do you see it? That is the Czech Republic.

Have you ever visited the Czech Republic? If so, share with me your impressions in comments or on my email stojsinteodora@gmail.com. I am planning to write more about the country and cities so if you have any specific questions or topics you would like to hear, let me know.

Till then, enjoy your time in the Czech Republic! 🙂